As I sit here in the lobby of The Pierre looking over the New York Times edition of February 9, 2018, I try to imagine what it was like when the headlines of this same paper on February 2, 1929 announced the plans for the new hotel to be built on the corner of Fifth Avenue and 61st Street, replacing an existing mansion. The $15-million project was a joint venture to create an exclusive hotel, reflecting simplicity yet the ultimate refinement within a club-like environment. It opened on October 1, 1930 and became the toast of New York society, until the Depression hit and years of financial struggles ensued. But the Pierre is a survivor. In 1959, The Pierre became a cooperative of permanent resident owners, while the remaining guest rooms, restaurant and bars remained open to a devoted international clientele. A series of reincarnations in the form of restorations, renovations and innovative social venues have made The Pierre what it is today – an historic icon of New York residential and hotel luxury. The Pierre has 140 rooms and 49 suites. Eleven Grand Suites have apartment-like quarters and private terraces.

We could opt to have afternoon tea at the Two E Bar & Lounge, an Art Deco room that was originally the Gentlemen’s Library but instead we choose to “lounge” in our room and enjoy its panoramic view of New York’s skyline and a tree-top view of Central Park. It is with pure pleasure and much anticipation that we dress up and wander through the Rotunda on our way to Perrine’s Restaurant. We linger to admire the 1967 murals by Edward Melcarth, painted in a palette of soft pastels, reminiscent of the frescoed rooms of European palaces. Opposite the Rotunda is the Grand Ballroom restored in 2006. It remains one of New York’s most sought-after settings for gala events and weddings.

The restaurant, on the other hand, is unpretentious, quiet, inviting. Sait, our waiter, orchestrates our dinner like an experienced conductor, leading us through a symphony of dishes created by Indian-born executive chef, Ashfer Biju. The cuisine is French-inspired and is superb. Appetizers, such as tuna tartare, steak tartare, a winter citrus salad and crab imperial flatbread are worthy of an imperial table. Sait knows just the wine to accompany these delectable treats. To continue on our culinary passage, we have lamb chops with polenta and roasted root vegetables, with a sampling of winter mushrooms and sweet corn and kohlrabi gratin. Finally, the ultimate in sweet indulgences leads us to the decision that we must now stroll through Central Park in the cold crisp air of early evening. We head to Wollman Rink, where skaters have glided across the ice since it opened in 1949 – a most enjoyable ending to our first day in New York. Tomorrow, our walk will take us to the Metropolitan Museum of Art. 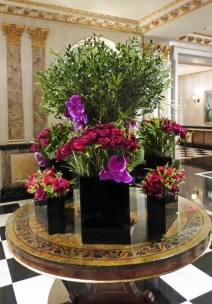 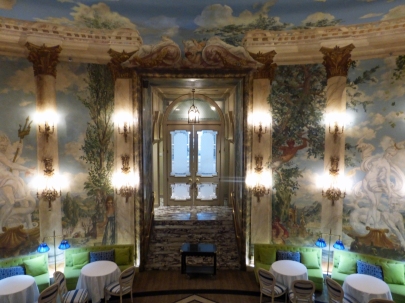 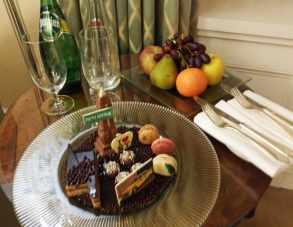